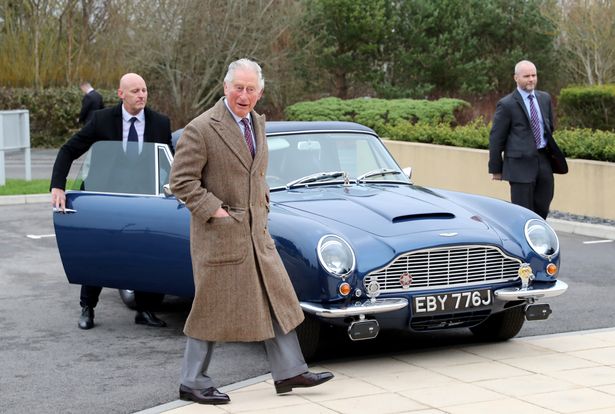 In a new BBC interview where The Prince of Wales talks about the environment and climate change, Prince Charles reveals how he has modified his 51-year-old Aston Martin so it now runs on surplus white wine and cheese rather than conventional fuel.

We’re being completely serious, at around 10 miles per gallon, the car consumes about 4.5 bottles of wine but emits an estimated 85 percent less carbon dioxide. The Prince’s blue, biofuel classic is quite environmentally green. However, filling up the tank isn’t just a matter of pouring in stock from the wine cellar. Converting wine to fuel involves some science, heat and careful handling.

How can a beverage made from grapes become fuel in the first place, and can it work in just any car with a few modifications?

Cars that run on wine don’t show a preference for red or white, type of grape or even country of origin. Most of the varieties converted to fuel have only one thing in common: they are leftovers. Companies such as Green Fuels, who prepared the biofuel for Prince Charles’ car, use wine produced at vineyards that can’t be sold for consumption.

The science behind the magic is all about the Ethanol, it’s the alcohol found in beer, wine and other alcoholic drinks. It is also used as a fuel for vehicles, either on its own or mixed with petrol. Ethanol can be produced by fermentation and concentrated using fractional distillation. The conversion of wine into fuel is known as bioethanol.

What do you think of this idea? Would you happily run your car on surplus wine?

During the interview, whilst walking around Prince George’s Wood at Balmoral, Prince Charles was asked about his own carbon footprint as well as his love of cars to which he responded “my old Aston Martin, which I’ve had for 51 years, I’ve managed to convert […] I hardly have a chance to drive it now but that now runs on waste products, can you believe this, surplus English white wine and whey from the cheese process.”

Some inventors are finding ways to distill at home, which is a great way to use up waste and surplus from wine and beer making, but there is an issue with flammability, as has always been a risk since the days of making homebrew moonshine. Distilleries can be highly, highly flammable. So let’s toast to the idea and hope that someone comes up with a brilliant method for mass-producing wine fuel.

Do you have your own grape idea on how we could make better use of byproducts and surplus wine? We’d love to hear your thoughts and you never know we could make it a reality…

To get your creative juices flowing, why not enjoy a bottle or case of wine from our Vina Pomal range. There’s something for everyone, bubbles, white, red… order yours here